There is no precirculated paper for this session—it will be an open roundtable discussion—but the following articles are available for those interested in acquainting themselves with Professor Chamedes's and Weld's work. 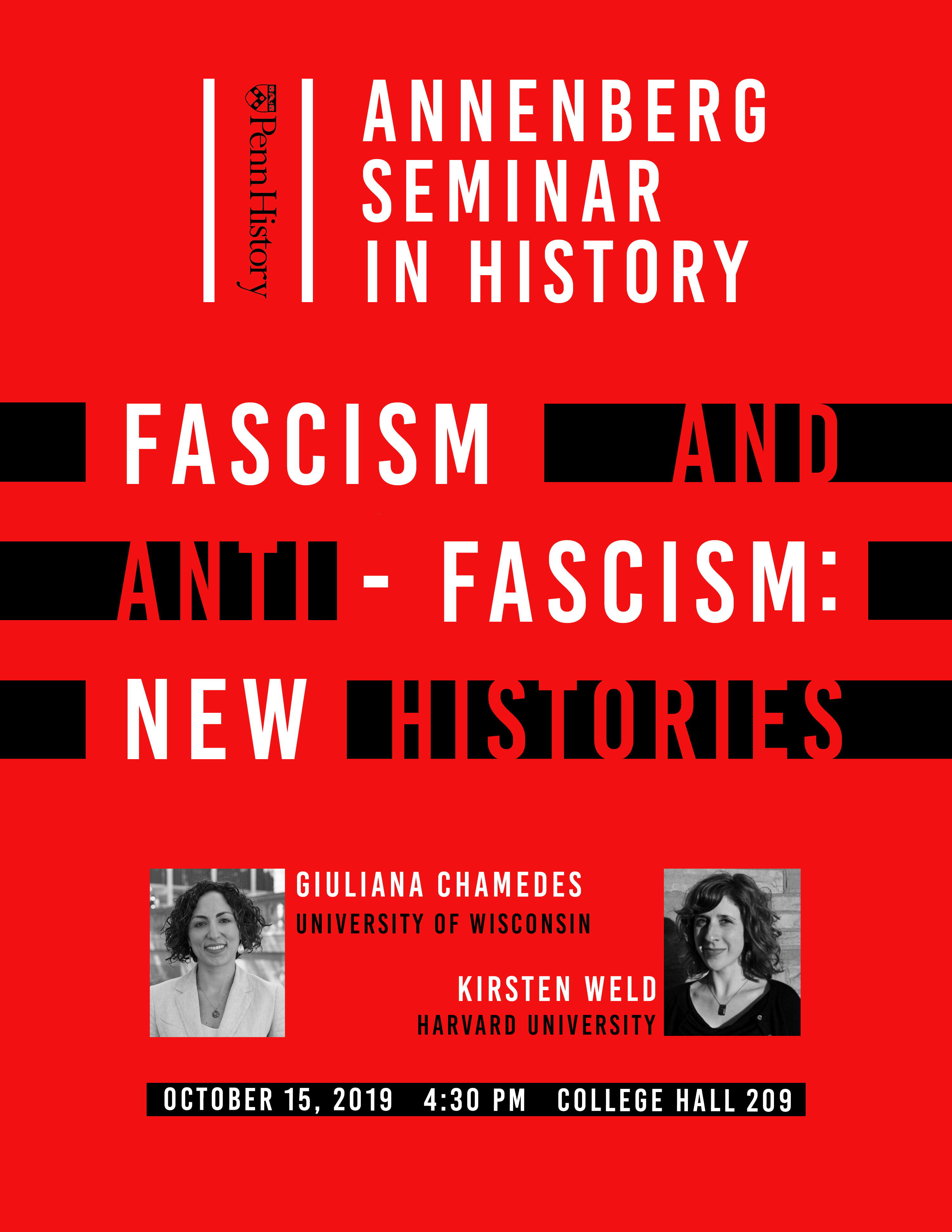 Kirsten Weld is Professor of History at Harvard University, is the author of Paper Cadavers: The Archives of Dictatorship in Guatemala (Duke University Press, 2014), which won the 2015 WOLA-Duke Human Rights Book Award and the 2016 Best Book Award from the Latin American Studies Association's Recent History and Memory Section.  Her book in progress, Ruins in Glory: The Long Spanish Civil War in Latin America, examines the impact and legacies of the Spanish Civil War in the Americas from the 1930s to the present.

Giuliana Chamedes is assistant professor of history and a faculty affiliate of the Religious Studies Program at the University of Wisconsin—Madison.  She is the author of A Twentieth-Century Crusade: The Vatican's Battle to Remake Christian Europe (Harvard University Press, 2019), and is now researching a second book, Failed Globalists: Economic Development, Decolonization, and the Demise of European Political Hegemony.

Kirsten Weld, "The Spanish Civil War and the Construction of a Reactionary Historical Consciousness in Augusto Pinochet's Chile," Hispanic American Historical Review 98, no. 1 (2018): 77-115