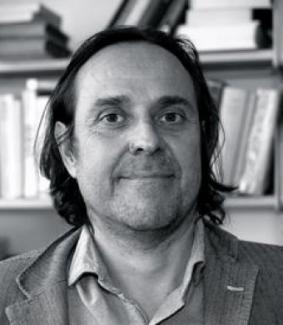 Congratulations to Marc Flandeau, Howard Marks Professor of Economic History, who received a grant from the Institute for New Economic Thinking (INET), for a research project entitled "Vultures as Vanguard: Investors, Scavengers, and International Lawyers in the Market for Sovereign debt 1820-1873".

Flandreau's project intends to study the operation of the “junk bonds” market for sovereign debt in the first half of the 19th century, which became the province of distressed debt investors. They were backed by the expanding authority of the London stock exchange, which became a source of legal doctrine and contract enforcement hereby defining and shaping Post-Vienna emerging sovereignties (In particular Latin American and Mediterranean post-colonies and states in political transitions). This story has gone totally unnoticed thus far by both historians and economists, yet it is a critical aspect of the making of the modern world, cast in the furnace of the London stock exchange.

As I have found, the individuals who peopled this market niche, though never studied before, were both extremely rich (some among the richest UK citizen according to probate inventories) and were also political insiders. They resemble very much the modern “vulture” funds (such as NML Capital) who play such an important role in undermining modern sovereignties. They took upon themselves to design a thriving market for "risky" foreign securities. The end result was, alternatively, the creation, invasion, or subversion of countries depending on what benefitted most to the investors. Unlike previous accounts of imperialism however, my research is intended to demonstrate the link that exist between the micro-technologies of the market and the macro-political outcomes. The project, generously funded by INET, makes extensive use of archival sources principally located in Europe. The completion of the grant will take place in the Spring-Summer of 2020.