From Professor Berg:  The history that I write and teach connects to today in somewhat chilling but productive ways. It is my hope that the complex stories my students and I discover encourages us to push back against false equivalences and glib parallels across time and space. In my view, the study of war, of genocide, of waste and destruction show us that a division of the world into good and evil, left and right, us and them is a self-serving fiction that has a long and complicated history. 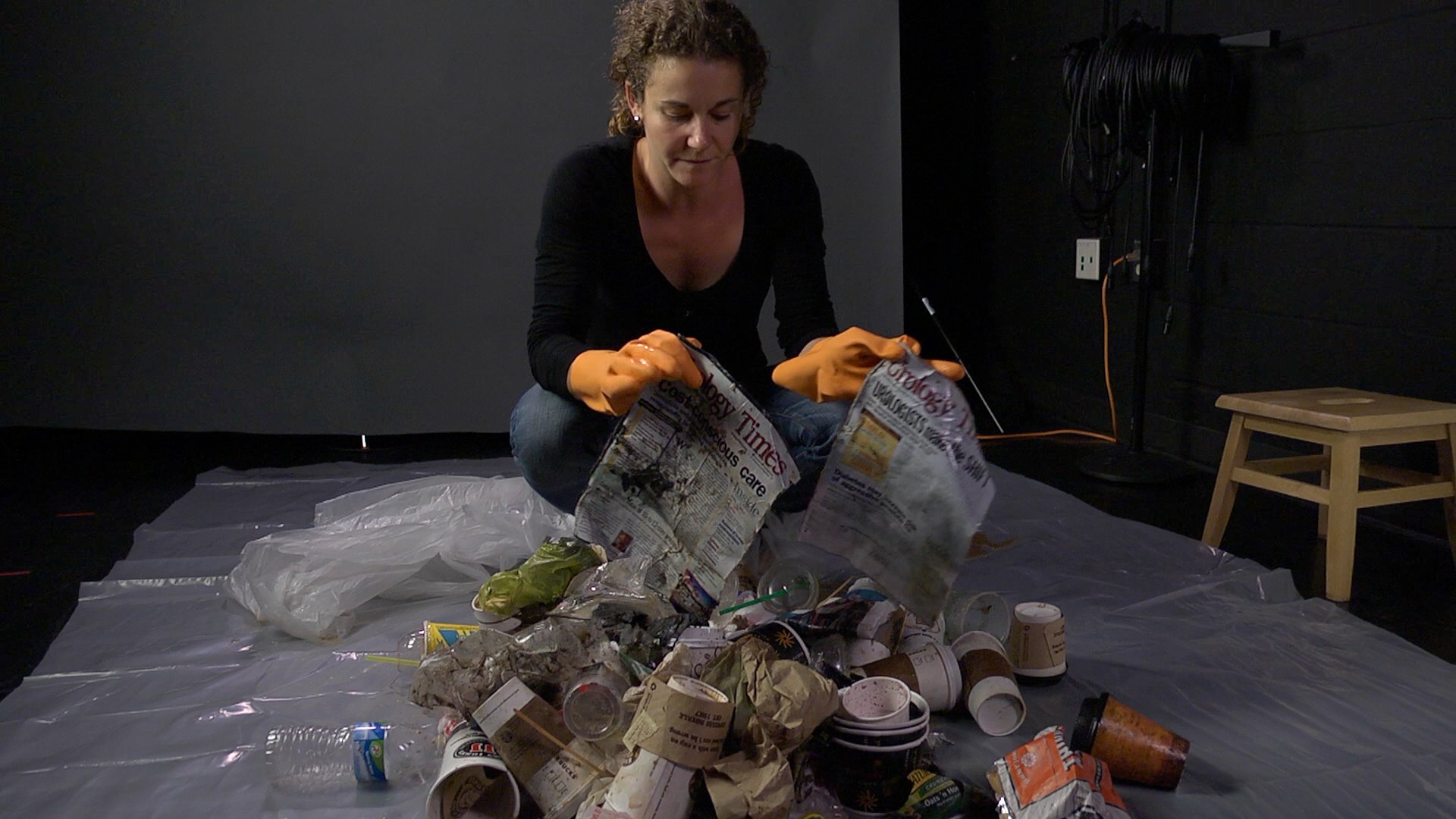 I was born and raised in Germany and came to the United States in 1998. I double-majored in history and psychology at Rutgers University and then completed a PhD in Modern German and European History at the University of Michigan. My “heritage” has informed my professional life quite a bit – language skills are an obvious influence; my family history is another. My grandparents were Nazis (of varying degrees), my parents were hippies (sort of). And I am … well … neither of those things. For now, let’s say I’m a historian garbologist, who is orthographically challenged in two languages.

My research and teaching fields now include a range of different topics – the history of Nazism, war, genocide, environmental history, world history, urban history, the history of film, and the history of waste and recycling. Initially, I was interested in Nazism because I wanted to understand how people who thought of themselves as just plain ordinary fathers, mothers, husbands and wives, sustained the Nazi regime and prolonged the Nazi race war. Now, I write perpetrator history but from the perspective of mundane practices and things, such as film and garbage.

My dissertation and forthcoming book focus on the city of Hamburg and demonstrates that film, film discourse, and the everyday practice of going to the movies were central to the processes of turning Hamburg into a Nazi city. I argue that film was a medium that engaged ordinary people, shaped their sense of who they were and provided them with alternative views of what Nazism ought to be.

My current research project – a book on waste and recycling in the Third Reich, entitled Empire of Rags and Bones: Waste and War in Nazi Germany – brings history and discard studies together. I argue that garbage and garbage practices were central to the politics of war and to the genesis of genocide in the Third Reich and Nazi-occupied Europe. Since embarking on this project, I’ve been looking for waste and garbage everywhere – in texts, in films, in dumps and incinerators here and abroad, and on the campus square.

This semester I am teaching “Origins of Nazism: From Democracy to Race War and Genocide,” designed to get students to think about Nazi racism and genocide and its origins in local and global contexts. In the spring I will be teaching a global history seminar, “Wastes of War: A Century of Destruction” that introduces students to two concepts – waste and war – rarely thought together and examines how they fundamentally restructure our social, cultural and natural worlds. In addition, I will be co-teaching “Global Environmental History from the Paleolithic to the Present” with my fabulous colleague Marcy Norton, which seeks to tell the story of how humans came to understand themselves and their surroundings in light of the symbiotic relationships (certainly not always mutually beneficial) with other species and the inanimate world.

In the not too distant future, I intend to return to a lecture course I’ve taught in the past – “Trashed! A History of Garbage in the Modern World,” which makes visible the stuff societies work so hard to hide from view. I am also toying with the idea of developing thematically inspired courses, such as “Neo-fascism, Identitarianism and Ultra-Rightwing Nationalism in Europe and the United States since 1945,” “German History through Film,” “Twentieth Century Genocides,” and “Walls and the so-called West.”