The Great Wall of China: From History to Myth 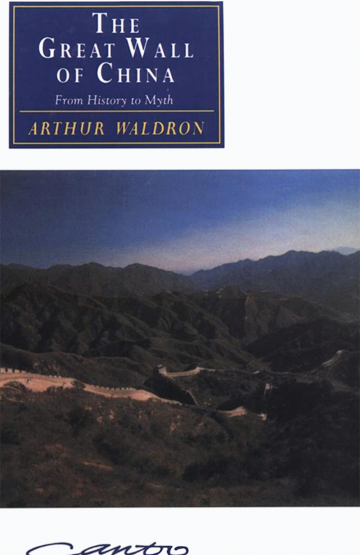 The Great Wall of China is renowned as one of the most impressive and intriguing man-made structures on earth. It is also the subject of an awesome mythology, embedded in both learned and popular imaginations, which has grown up and now obscured the historical record. Even the maps which chart the Wall's position offer erroneous accounts of a phenomenon which has never been accurately surveyed. Arthur Waldron reveals that the notion of an ancient and continuously existing Great Wall, one of modern China's national symbols and a legend in the eyes of the West, is in fact a myth. His fascinating account reveals the strategic and political context for the decision to build walls as fortified defences, and explores its profound implications for nomadic and agricultural life under the Ming dynasty. Taking up the insights offered into more recent Chinese politics, the book concludes with a searching investigation of the Wall's new meanings in the myths - departing from that history - fostered in our own century.