Black Resistance/White Law: A History of Constitutional Racism in America 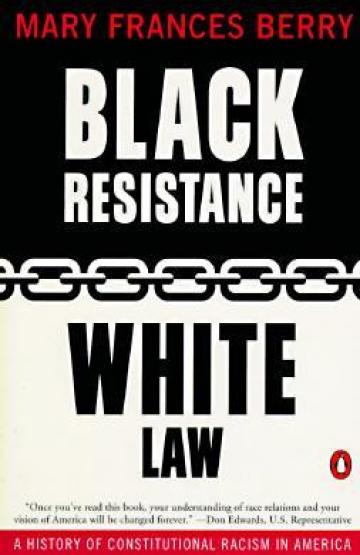 From the arrival of the first twenty slaves in Jamestown to the Howard Beach Incident of 1986, Yusef Hawkins, and Rodney King, federal law enforcement has pleaded lack of authority against white violence while endorsing surveillance of black rebels and using “constitutional” military force against them. In this groundbreaking study, constitutional scholar Mark Frances Berry analyzes the reasons why millions of African Americans whose lives have improved enormously, both socially and economically, are still at risk of police abuse and largely unprotected from bias crimes.