The Jewish Past Revisited: Reflections on Modern Jewish Historians 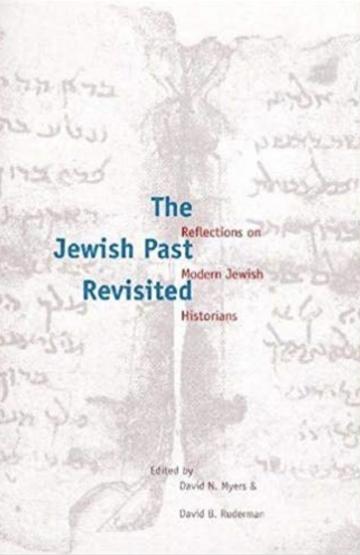 In this fascinating new collection of essays, contemporary historians examine the ways earlier historians have framed, written, and "made" the Jewish past. Probing the ideology and methodology of their professional predecessors, American and Israeli historians offer new perspectives on some of the central figures of twentieth-century, Jewish historiography, including Gershom Scholem, S. D. Goitein, Yitzhak Baer, Elias Bickemann, and Cecil Roth, as well as the Israeli "New Historians? Although the lives and work of these scholars differ in many ways, Jewish historians have recurrently confronted the challenges posed by assimilation, anti-semitism, and various forms of nationalism.

Through their critical examinations of rbc construction of the Jewish past, the contributors to this volume develop important insights into current attitudes toward the dominant canons and ideals of historical scholarship and the future of historiography. They shine new light on the formation of a historical worldview and the "making" of history.

© 2021 The Trustees of the University of Pennsylvania
Penn WebLogin