Marx, the Young Hegelians, and the Origins of Radical Social Theory: Dethroning the Self (Modern European Philosophy) 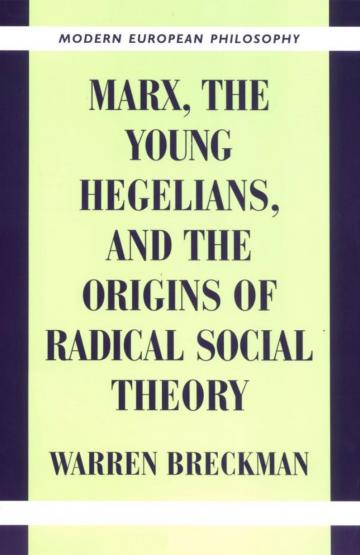 This is the first major study of Marx and the Young Hegelians in twenty years. The book offers a new interpretation of Marx's early development, the political dimension of Young Hegelianism, and that movement's relationship to political and intellectual currents in early nineteenth-century Germany. The book draws together an account of major figures such as Feuerbach and Marx, with discussions of lesser-known but significant figures, as well as such movements as French Saint-Simonianism and "Positive Philosophy." Wide-ranging in scope and synthetic in approach this is an important book for historians of philosophy, theology, political theory and nineteenth-century ideas.