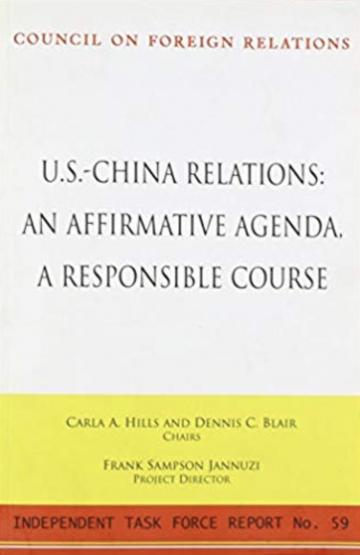 No relationship will be as important to the twenty-first century as the one between the United States, the world’s great power, and China, the world’s rising power. China’s development is directly transforming the lives of one-fifth of the world’s population, and is otherwise influencing billions more. China’s rapid economic growth, expanding regional and global influence, continued military modernization, and uneven human rights record are also shifting the geopolitical terrain and contributing to uncertainty about China’s future course. After thirty-five years of “engagement,” the United States and China have a relationship that was truly unimaginable two generations ago. At the same time, there are some Americans who believe that China’s strategic interests are incompatible with those of the United States.

The Council on Foreign Relations established an Independent Task Force to take stock of the changes under way in China today and to evaluate what these changes mean for China and for the U.S.-China relationship. Based on its careful assessment of the developments in the country and China’s likely future trajectory, the Task Force recommends that the United States pursue a strategy focused on the integration of China into the global community and finds that such an approach will best encourage China to act in a way consistent with U.S. interests and international norms. The Task Force concludes with a series of recommendations aimed to reinforce recent efforts to deepen U.S.-China cooperation. The overall message is that while the United States should not turn a blind eye to the economic, political, and security challenges posed by China’s rise and should be clear that any aggressive behavior on China’s part would be met with strong opposition, U.S. strategy toward China must focus on creating and taking advantage of opportunities to build on common interests in the region and as regards a number of global concerns.