Prophesies of Godlessness: Predictions of America's Imminent Secularization from the Puritans to the Present Day 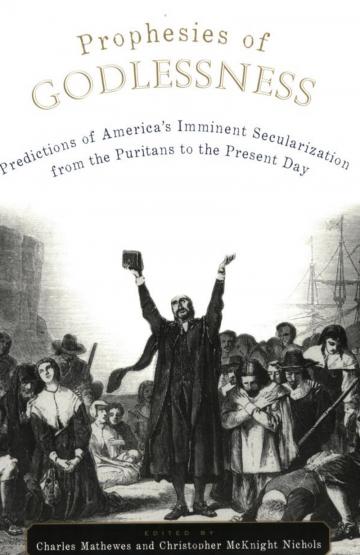 Prophesies of Godlessness explores the surprisingly similar expectations of religious and moral change voiced by major American thinkers from the time of the Puritans to today. These predictions of "godlessness" in American society -- sometimes by those favoring the foreseen future, sometimes by those fearing it -- have a history as old as America, and indeed seem crucially intertwined with it.

This book shows that there have been and continue to be patterns to these prophesies. They determine how some people perceive and analyze America's prospective moral and religious future, how they express themselves, and powerfully affect how others hear them. While these patterns have taken a sinuous and at times subterranean route to the present, when we think about the future of America we are thinking about that future largely with terms and expectations first laid out by past generations, some stemming back before the very foundations of the United States. Even contemporary atheists and those who predict optimistic techno-utopias rely on scripts that are deeply rooted in the American past.

This book excavates the history of these prophesies. Each chapter attends to a particular era, and each is organized around a focal individual, a community of thought, and changing conceptions of secularization. Each chapter also discusses how such predictions are part of all thought about "the good society," and how such thinking structures our apprehension of the present, forming a feedback loop of sorts. Extending from the role of prophesies in Thomas Jefferson's thought, to the Civil War, through progressivism, the Scopes Trial, the Cold War and beyond, Prophesies of Godlessness demonstrates that expectations about America's future character and piety are not an accidental feature of American thought, but have been, and continue to be, absolutely essential to the meaning of the nation itself.