Foul Bodies: Cleanliness in Early America (Society and the Sexes in the Modern World) 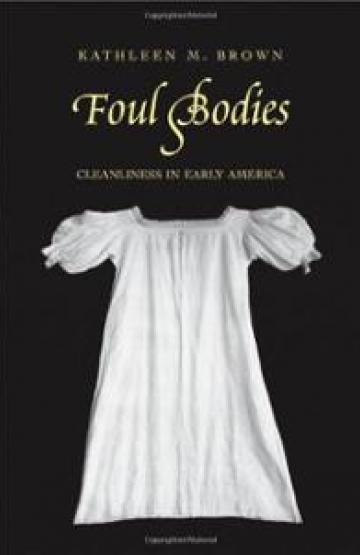 A nation’s standards of private cleanliness reveal much about its ideals of civilization, fears of disease, and expectations for public life, says Kathleen Brown in this unusual cultural history. Starting with the shake-up of European practices that coincided with Atlantic expansion, she traces attitudes toward “dirt” through the mid-nineteenth century, demonstrating that cleanliness—and the lack of it—had moral, religious, and often sexual implications. Brown contends that care of the body is not simply a private matter but an expression of cultural ideals that reflect the fundamental values of a society.

The book explores early America’s evolving perceptions of cleanliness, along the way analyzing the connections between changing public expectations for appearance and manners, and the backstage work of grooming, laundering, and housecleaning performed by women. Brown provides an intimate view of cleanliness practices and how such forces as urbanization, immigration, market conditions, and concerns about social mobility influenced them. Broad in historical scope and imaginative in its insights, this book expands the topic of cleanliness to encompass much larger issues, including religion, health, gender, class, and race relations.