Tell This in My Memory: Stories of Enslavement from Egypt, Sudan, and the Ottoman Empire 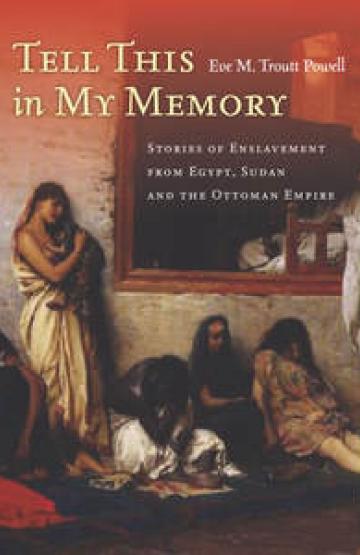 In the late nineteenth century, an active slave trade sustained social and economic networks across the Ottoman Empire and throughout Egypt, Sudan, the Caucasus, and Western Europe. Unlike the Atlantic trade, slavery in this region crossed and mixed racial and ethnic lines. Fair-skinned Circassian men and women were as vulnerable to enslavement in the Nile Valley as were teenagers from Sudan or Ethiopia.

Tell This in My Memory opens up a new window in the study of slavery in the modern Middle East, taking up personal narratives of slaves and slave owners to shed light on the anxieties and intimacies of personal experience. The framework of racial identity constructed through these stories proves instrumental in explaining how countries later confronted—or not—the legacy of the slave trade. Today, these vocabularies of slavery live on for contemporary refugees whose forced migrations often replicate the journeys and stigmas faced by slaves in the nineteenth century.