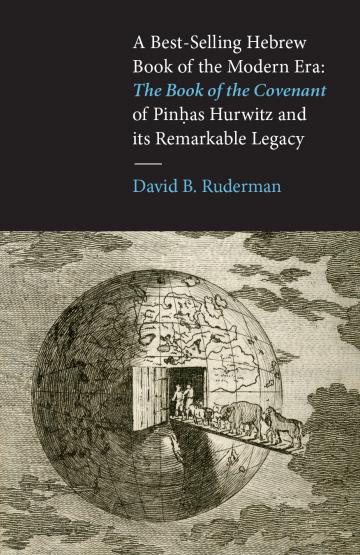 In 1797, in what is now the Czech Republic, Pin as Hurwitz published one of the best-selling Hebrew books of the modern era. Nominally an extended commentary on a sixteenth-century kabbalist text, The Book of the Covenant was in fact a compendium of scientific knowledge and a manual of moral behavior. Its popularity stemmed from its ability to present the scientific advances and moral cosmopolitanism of its day in the context of Jewish legal and mystical tradition. Describing the latest developments in science and philosophy in the sacred language of Hebrew, Hurwitz argued that an intellectual understanding of the cosmos was not at odds with but actually key to achieving spiritual attainment.

In A Best-Selling Hebrew Book of the Modern Era, David B. Ruderman offers a literary and intellectual history of Hurwitz's book and its legacy. Hurwitz not only wrote the book, but was instrumental in selling it as well and his success ultimately led to the publication of more than forty editions in Hebrew, Ladino, and Yiddish. Ruderman provides a multidimensional picture of the book and the intellectual tradition it helped to inaugurate. Complicating accounts that consider modern Jewish thought to be the product of a radical break from a religious, mystical past, Ruderman shows how, instead, a complex continuity shaped Jewish society's confrontation with modernity.