Missionaries, Converts, and Rabbis. The Evangelical Alexander McCaul and Jewish-Christian Debate in the Nineteenth Century 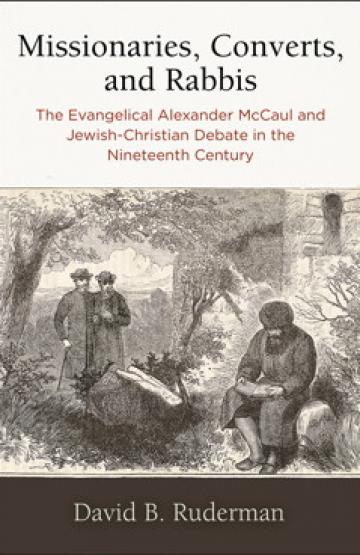 In Missionaries, Converts, and Rabbis, David B. Ruderman considers the life and works of prominent evangelical missionary Alexander McCaul (1799-1863), who was sent to Warsaw by the London Society for the Promotion of Christianity Amongst the Jews. He and his family resided there for nearly a decade, which afforded him the opportunity to become a scholar of Hebrew and rabbinic texts. Returning to England, he quickly rose up through the ranks of missionaries to become a leading figure and educator in the organization and eventually a professor of post-biblical studies at Kings College, London. In 1837, McCaul published The Old Paths, a powerful critique of rabbinic Judaism that, once translated into Hebrew and other languages, provoked controversy among Jews and Christians alike.