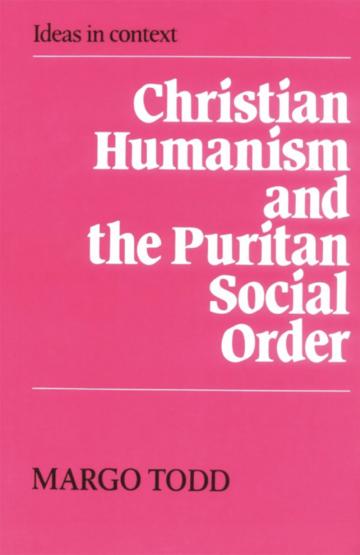 Traditional views of puritan social thought have done a great injustice to the intellectual history of the sixteenth century. They have presented puritans as creators of a disciplined, progressive, ultimately revolutionary theory of social order. The origins of modern society and politics are laid at the feet of zealous English protestants whose only intellectual debts are owed to Calvinist theology and the Bible. Professor Todd demonstrates that this view is fundamentally ahistorical. She places puritanism back in its own historical milieu, showing puritans as the heirs of a complex intellectual legacy, derived no less from the Renaissance than from the Reformation. The focus is on puritan social thought as part of a sixteenth-century intellectual consensus. This study traces the continuity of Christian humanism in the social thought of English protestants.