Friends and Enemies in Penn’s Woods: Indians, Colonists, and the Racial Construction of Pennsylvania 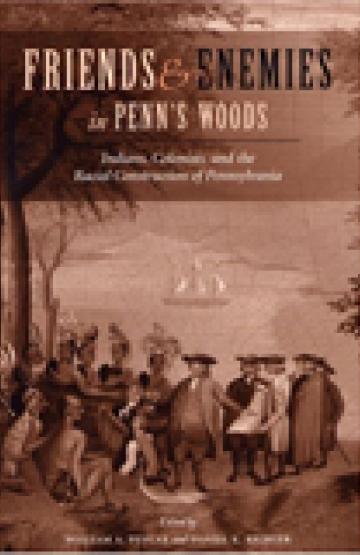 Two powerfully contradictory images dominate historical memory when we think of Native Americans and colonists in early Pennsylvania. To one side is William Penn's legendary treaty with the Lenape at Shackamaxon in 1682, enshrined in Edward Hicks's allegories of the "Peaceable Kingdom." To the other is the Paxton Boys' cold-blooded slaughter of twenty Conestoga men, women, and children in 1763. How relations between Pennsylvanians and their Native neighbors deteriorated, in only eighty years, from the idealism of Shackamaxon to the bloodthirstiness of Conestoga is the central theme of Friends and Enemies in Penn's Woods. William Pencak and Daniel Richter have assembled some of the most talented young historians working in the field today. Their approaches and subject matter vary greatly, but they all concentrate less on the details of how European and Indian Pennsylvanians negotiated and fought than on how people constructed and reconstructed their cultures in dialogue with others. Taken together, the essays trace the collapse of whatever potential may have existed for a Pennsylvania shared by Indians and Europeans.