A Companion to Multiconfessionalism in the Early Modern World 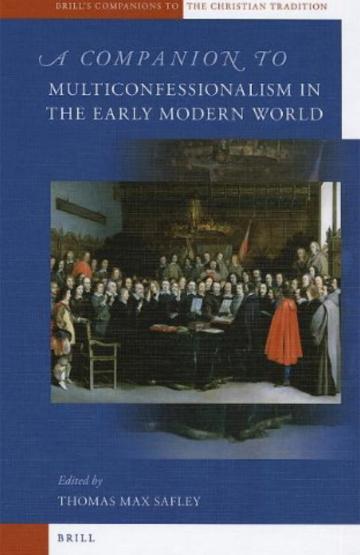 In the sixteenth century, the Christian church and Christian worship fragmented into a multiplicity of confessions that has grown to the present day. The essays in this volume demonstrate that multiconfessionalism, understood as the legally recognized and politically supported coexistence of two or more confessions in a single polity, was the rule rather than the exception for most of early modern Europe. The contributors examine its causes and effects. They demonstrate that local religious groups across the continent could cooperate with confessional opponents and oppose political authorities to make decisions about their religious lives, depending on local conditions and contingencies. In so doing, this volume offers a new vision of religion, state, and society in early modern Europe.Contributors include: Bernard Capp, John R. D. Coffey, Jérémie Foa, David Frick, Raymond Gillespie, Benjamin Kaplan, Howard Louthan, David Luebke, Keith Luria, Guido Marnef, Graeme Murdock, Richard Ninness, Penny Roberts, Jesse Spohnholz, Peter Wallace, Lee Palmer Wandel.

© 2021 The Trustees of the University of Pennsylvania
Penn WebLogin