Over the summer, many Penn History Majors explored their historical curiosities outside the classroom. We asked some of our current undergraduates to share their experiences. 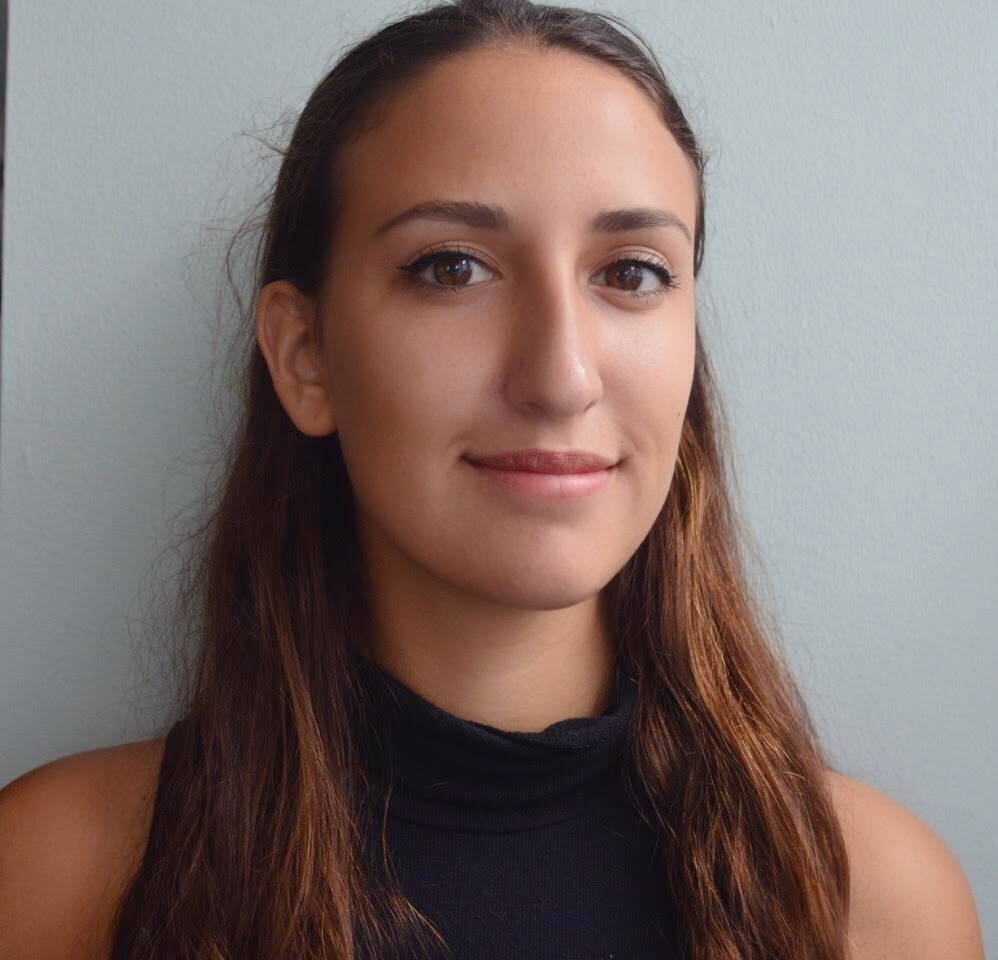 Maggie is a a Junior studying American History, concentrating on colonial America. She assists with the rare books and manuscripts at the Kislak Center of Van Pelt Library. Currently, she is working on a book with the Arcadia Publishing series Images of America about her hometown of Muncy, Pennsylvania.

Maggie on her summer experience:

"This summer I was fortunate to have been given the opportunity to work at the American Philosophical Society as the Curatorial Intern for the upcoming Spring 2018 Exhibit, celebrating the 275th Anniversary of APS. Beginning with the founding of APS in 1743, the exhibit will highlight the achievements of its members from its inception to the present. My time at APS was spent working with the Museum fellows, conducting archival research within the organization's extensive collections and identifying possible objects, books, and manuscipts for the new exhibit.

My research at the library led me to view incredible documents, such as the letters of Ben Franklin, the notes of Alexander von Humboldt and the fragile second draft of the Decleration of Independence. Along with this research, I visited the Chemical Hertiage Foundation and the new American Revolution Museum to analyze museum structures in order to improve upon the structure of our own exhibit. Most importantly, my internship encouraged a connection the organization itself, as archival research was coupled with active participation in APS through events, outreach programs and collaborations within other departments, such as Conservation and Museum Education." 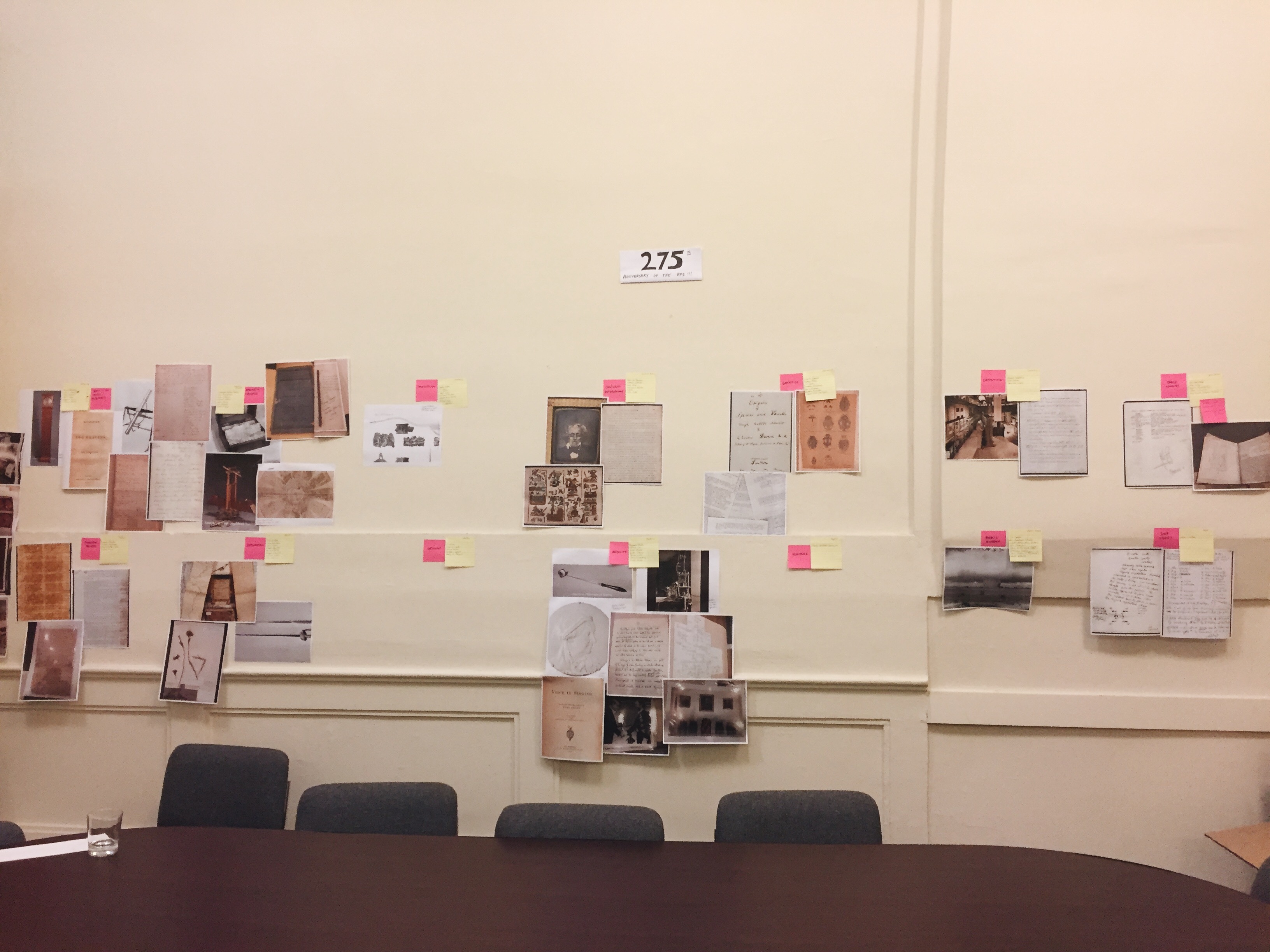 "The image above shows the preliminary stages of our exhibit; APS uses the wall of their conference room to attach images of possible objects to display. The objects are then grouped of the different sections, or nodes, of the exhibit."

Justin Estreicher is a member of the Class of 2019 majoring in American history and minoring in anthropology.  A native of Long Island, he grew up with a love of history encouraged by exposure to museums in his local community and in nearby New York City.  Though his current research interests relate mostly to early American history, he indulges his fascination with the deeper and more global past as well through his activities as a board member of the Clio Society, the Penn Museum's student outreach group.  On campus, he also works as a tutor at the Marks Family Writing Center and has contributed writing to such publications as 34th Street, Stamped, and Stylus.

Justin on his summer experience:

"This past summer, while also putting my knowledge of history and other subjects to use as a tutor working for a service and with private clients at the middle- and high-school levels, Igained valuable experience in closely studying historical documents as an archival intern at the Vanderbilt Museum on Long Island.  I worked on a project cataloguing William K. Vanderbilt II's vast collection of books, mainly from the nineteenth and early twentieth centuries, housed on the shelves of the Eagle's Nest household library.

My tasks involved documenting both the physical description/condition of the books and the most interesting content of their pages.  In the process, I studied works of particular relevance to my research interests, such as Catlin's North American Indians, and came across such fascinating finds as handwritten inscriptions by Jules Verne, Joseph Conrad, and Mr. Vanderbilt himself.  My work resulted in detailed contributions to the museum's permanent records, providing valuable resources for future research and conservation efforts." 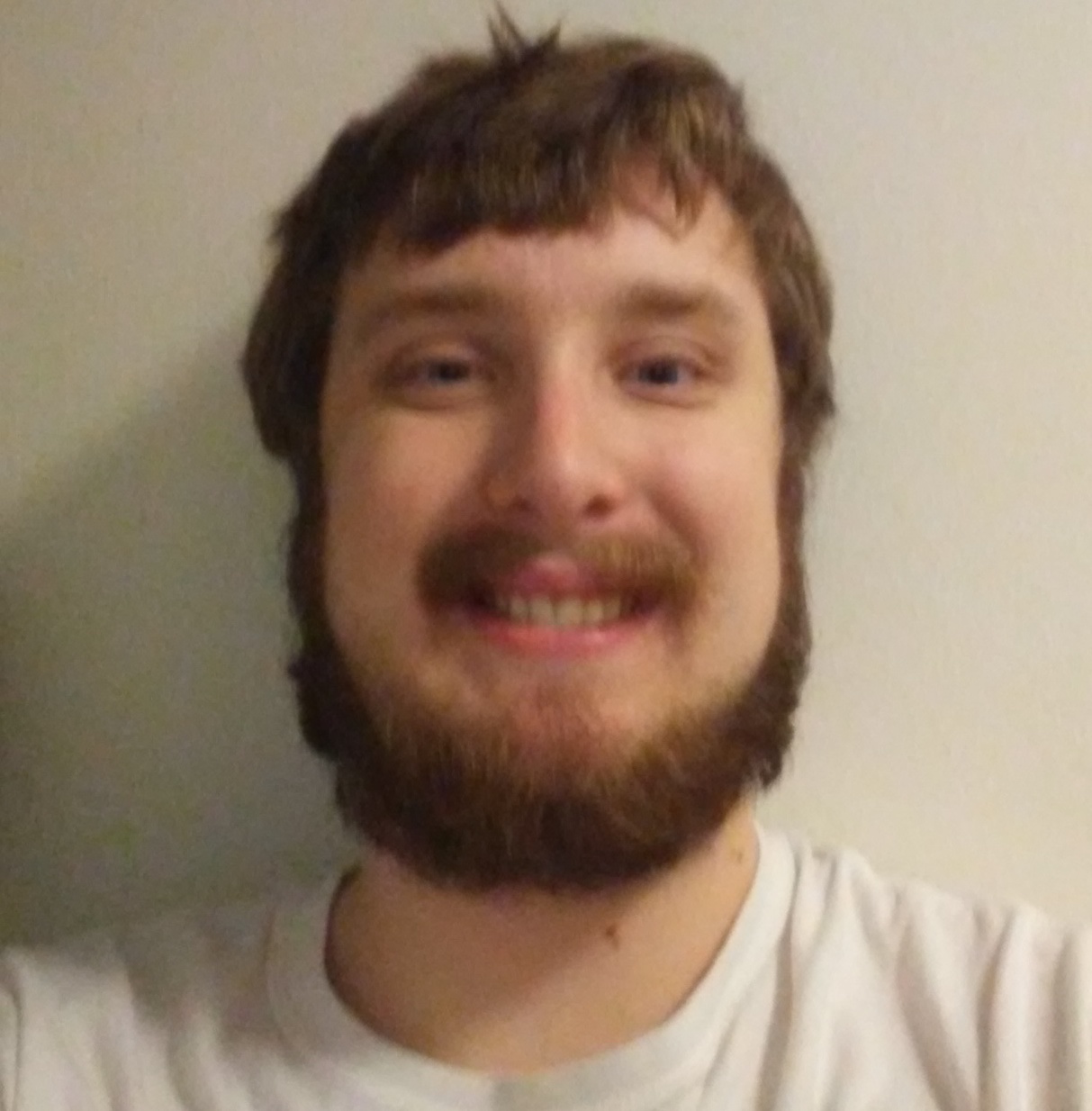 Matthew Palczynski is a senior, graduating in December, who is majoring in History with a World concentration. He is currently involved with four research projects exploring the following topics: family graveyards in Dover, New Hampshire; slave graveyards in Lunenburg County, Virginia; the legacy of slavery in Penn’s founding history; and the travels of B.V. Ephraim, an 18th-century Prussian-Jewish spy. Back home in New Hampshire, he has two dogs (Ginger and Pepper) and two cats (Comet and Clara), all of whom he misses dearly.

Matthew on his summer experience:

"This summer, I worked on two projects for which I had received funding. The first project, funded by the Penn Museum, seeks to survey the old family graveyards of Dover, New Hampshire, a city which has been continually occupied since 1623. There are records of approximately fifty such graveyards, and maps from the Dover Library archives that suggest there may be several more. However, the problem is that a lot has since the last such survey—Dover is a rapidly growing city and at least three graveyards, and hundreds of bodies and stones, seem to have been lost. I endeavor to find those and to map them in addition to those still preserved.

The second project, funded by the History Department, seeks to study the slave graveyards of Lunenburg County, Virginia. Lunenburg County, a thinly populated area about eighty miles outside of Richmond, once hosted one of the highest percentages of slaves to whites in Virginia. The County also has some 300 pages of published records regarding family burial grounds, with some persons buried before the Civil War, and others who served in the Confederate Army. My hypothesis is that if families had a family cemetery on their property, with burials prior to the Civil War, there might also be a slave cemetery on the property. This will take a great deal more work to uncover than the week I spent at the State Library of Virginia in Richmond but, with some luck, and the leads that I have, I should have a good start."